Maps, tickets, passes and fares for using buses in Paris

The Paris local bus service is tightly integrated with the Paris Metro, run by RATP. As a result tickets and services are all inked with the Metro system.

All buses are single-decker buses that you enter at the front and exit at doors at the centre or back.

The interior of each bus is designed for very short journeys - most space is given over for standing passengers, seats usually fill up fast. Smoking is not permitted.

Bus maps and finding your way

The buses in the central areas of Paris where most visitors travel are very much secondary to the Metro. With Paris traffic conditions, progress can be frustratingly slow. More recently special bus lanes have been installed along main roads toio improve journey times. If you want a guesstimate of journey times it is suggested you allow 5-mins per stop. This is on a good day, so plan for longer.

Very good free bus/metro maps are mostly reliably available at the tourist offices scattered around the city. By default you'll probably be handed the summary map. It is worth asking for the more detailed map if you are going to use public transport a lot.

On one side is a very good, detailed map of Paris with the Metro and RER lines marked together with the numbers of the buses that interchange at Metro and RER stations. On the other side is a detailed bus map. At many main bus stops is a good map with spider maps of each route.

At most bus stops there are electronic displays of one sort or another that display how long you have to wait for the next bus stopping at that bus stop. If you look you may even find USB charging ports in some of the bus stops, so you can charge up your phone whilst you wait.

The bus network runs all day and night, but individual routes differ widely in their operating hours. The bus service is limited in the evenings and on Sundays.

Some routes wind down surprisingly early. The 73 bus which runs the length of the Champs-Elysees stops about 7.30pm. Most run later. There is a skeleton night bus service called Noctambus which runs in the early hours of the morning, radiating out to the suburbs from Chatelet.

If you visit Paris in August, the traditional holiday period for Parisians, most routes do not run as frequently as the rest of the year, some do not run at all.

A single ticket is valid for one journey and can be used on the Metro, RER, buses and trams within Paris and its immediate suburbs. Single tickets are sold either individually or in packs of 10, called a 'carnet'.

The cardboard t+ ticket packs of 10 are being replaced. From October 2021 there will be a slow phasing out of this ticket type. The reasoning is that these types of tickets often get lost, so not all the tickets are used as one is put away somewhere and lost. The cardboard magnetic strip gets easily demagnitised and can no longer work and there are better electronic solutions now available. You will still be able to use any you already have, but buying them will gradually become more difficult until March 2022 when they will no longer be sold at all.

As a visitor your alternative will be Contactless t+ ticket packs of 10, these are actually €2 cheaper overall than the cardboard version. You can also get a Navigo Easy Pass for €2 which you can top-up at ticket machines and retailers or with your smartphone. Finally, you can still buy a single use ticket on board the bus for €2.

You can buy tickets at ticket offices or automatic ticket machines at metro, bus, tramway and RER stations.

You should validate your ticket each time you board a bus using the machine for that purpose and each time you change bus or tram. Once it has been validated your T+ ticket allows you to make unlimited connections within a 90-minute period (between the first and last validation) on other bus and tram lines.

Your ticket may not be used for round-trip journeys on the same line or to get off and then back on a bus from the same line.


For use on one journey of the Paris Metro or Buses or on zone 1 RER trains in Paris.
Prices last checked November 2021. The cardboard 10 ticket packs are being slowly phased out from October 2021. We suggest you use the contactless options available now as you will save money.

T+ tickets are a convenient option if you just need the odd journey around Paris over 1 or 2 days.

If you are using public transport more extensively for your visit to Paris there is a wide range of passes available. We have a dedicated page for these so you can identify the right public transport for your needs.

Once in Paris it is easy to buy tickets from manned ticket offices and automatic ticket machines. There are several variants of ticket machines, most have a choice of languages including English.

The ticket machines are reliable and sell a range of transport tickets, very few people will be buying the single T+ tickets.

We would recommend you take a few minutes to read the other ticket types available to you as they will be more economical and convenient than single tickets.

Using the Paris Visite travel card, you will be able to use all the public transport services in Paris. The metro pass consists of a simple ticket, no photo required.

As well as being a travel pass the ticket also provides discounts to tourist attractions though not the main headliners like the Eiffel Tower and Louvre Museum. Typically a 20% discount on entrance to the Arc de Triomphe which may not be a high priority for you.

Paris Visite is widely available from outside Paris through agents and online but you will normally pay a premium for this convenience over purchasing in Paris.

The Paris Visite/Paris Metro Pass is heavily marketed at tourists by both Paris authorities and the tourist sector. Many visitors are unaware that there are alternatives. If you are using public transport a lot in Paris or are staying for more than the 2 or 3 days of the average visitor then these are worth evaluating.

There are quite a few options available combining public transport passes combined with tickets to some of the leading Paris attractions. For the visitor only in Paris a day or two these can make a lot of sense, offering a one stop solution to getting around Paris and visiting the main sights in one convenient package. 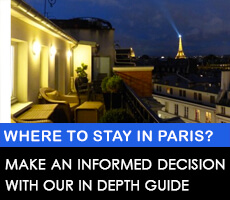 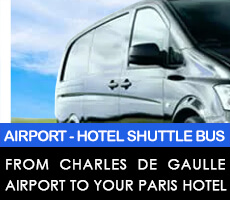 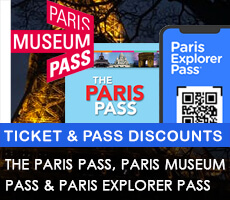 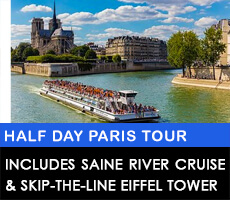 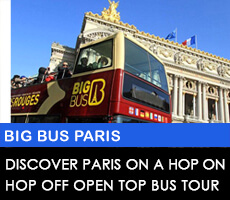 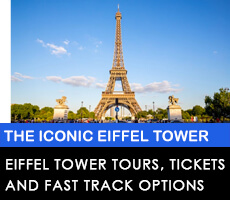 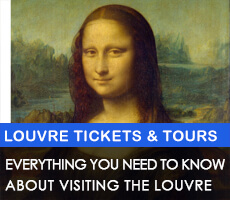 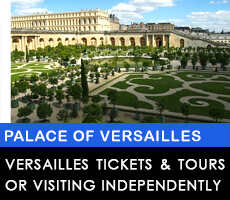 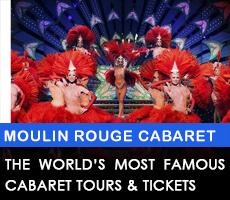